Most dramatic “look at me now” stories start with that life altering, f-this-ish moment, and honestly, l, my story started with several of those moments: 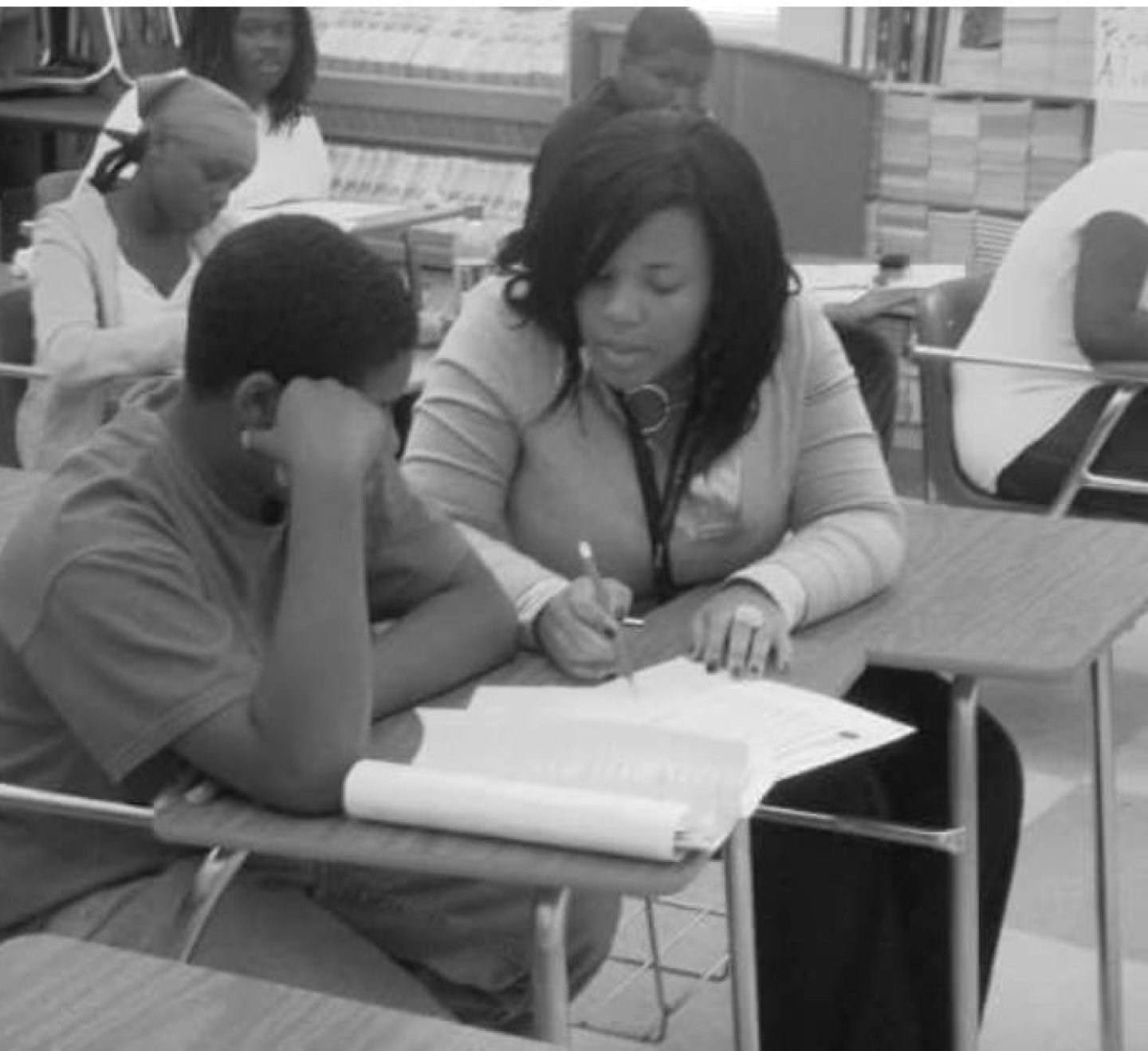 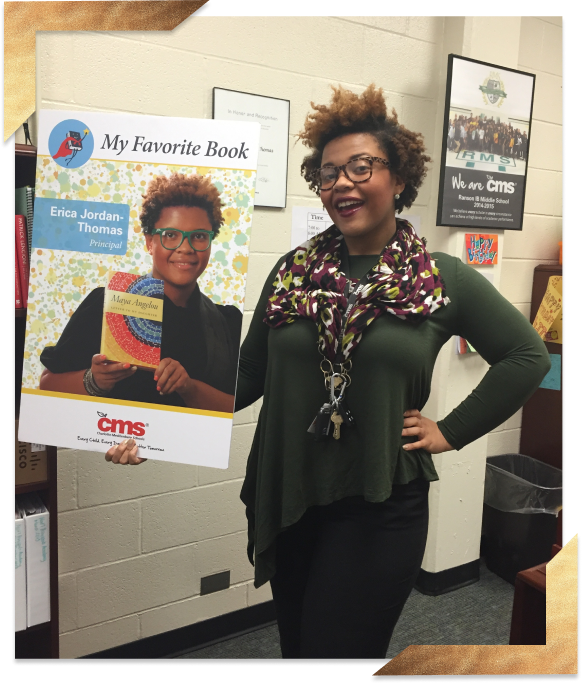 And even through all of that, it was tolerable. It seemed normal. Sleeping on an air mattress and making in a year what I now make in a month seemed like what I had signed up for when I became a teacher.

It wasn’t until I was a middle school principal and the school district told me they would be adding 300+ students to my school next year and displacing 15 teachers to my building with no additional resources that I hit my breaking point and was no longer willing to do “more with less”.

That was it. That was the proverbial straw that broke the broke ass camel’s back…

I loved what I did.

I loved the impact that I made as a teacher and principal. The identity I had created around my profession, the home and the family I had made in my school.

I loved the staff that I will ride with forever because they rode hard for our kids, and the countless kids who will forever be my kids…

Kids like Jonathan, from the highschool math class I taught, who gave me a run for my money (as most gifted children do). Still, one of my greatest joys was when he gave me a copy of his college admissions letter. He ended up becoming a teacher and I hired him to work at my school.

Or kids like Jeffrey, who I met on his first day of 6th grade. I was his 6th grade Assistant Principal. He was quiet and had the most beautiful locs with the tips dyed green. The world could easily underestimate him, but I didn’t. In Jeffrey’s 8th grade year I was promoted to principal and when we started an afterschool program for students to earn high school credit, he was one of the first we enrolled. Jeffrey graduated 8th grade with a full semester of high school credits.

Then there was Erica. I called her my twin, well, because her name was Erica. Instead of calling me Ms. JT, she was the only person in the building that called me Ms. Erica and I loved it! The day she came to school after her big chop, we had a photoshoot in my office and I showed her photos from my big chop two years prior…#Twinning

And it wasn’t just the kids…

Ms. Giles taught for more than 20 years at my school. She made a honey bun cake that would make your eyes roll in the back of your head with each bite. She would bake me one for my birthday every year…

Or when Black Panther dropped and one of the infamous lines Angela Bassett delivered was yelling “Show them who you are” as T’Challa was fighting for the throne. The next week I saw sixth graders on the bus lot wearing stickers that said “I showed them who I was today” from their ELA teachers. 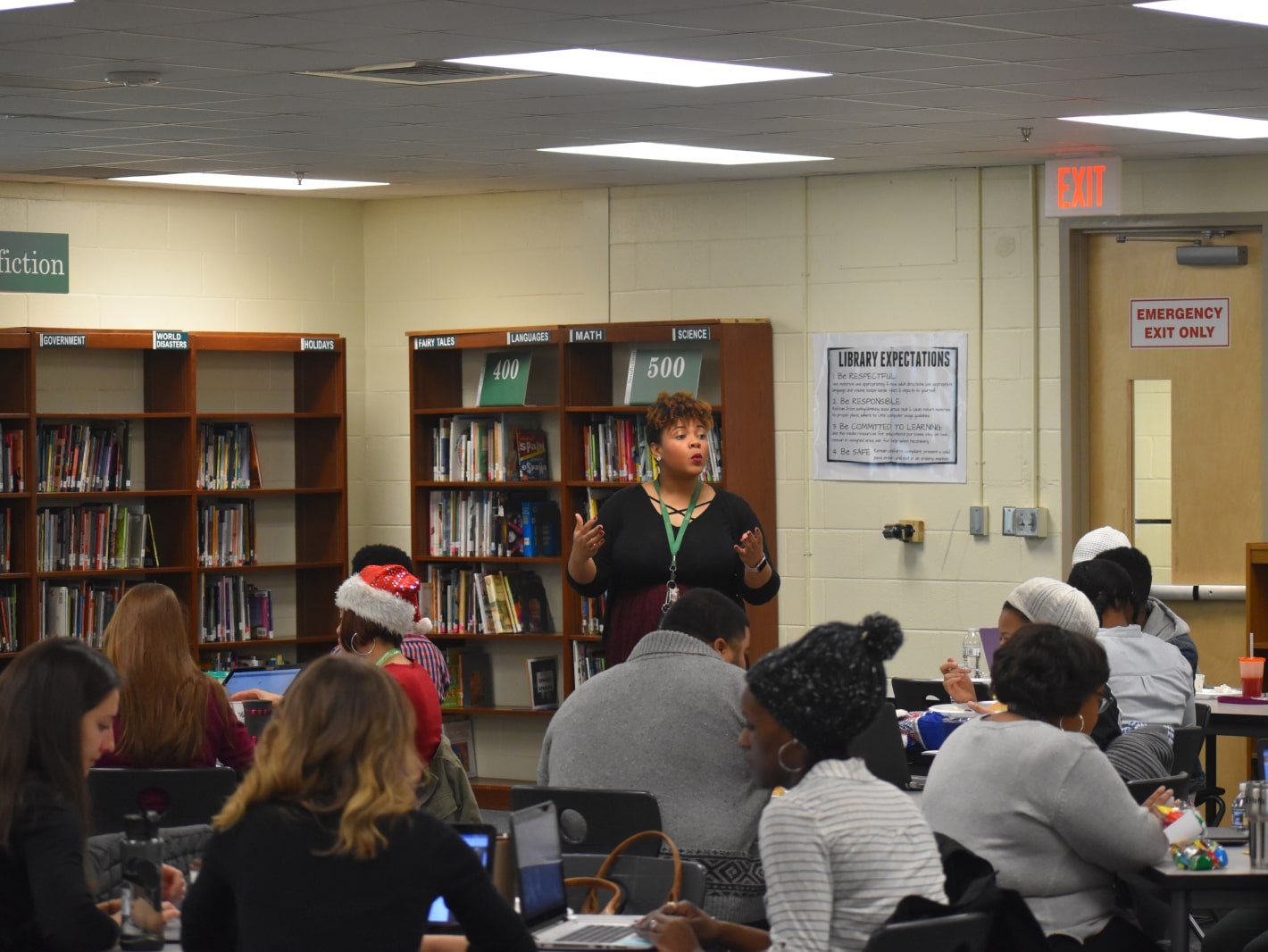 The vision of joy, freedom, and success that I was looking for, would need to bring these elements of impact and family to the table, along with the ability to continue to shift the narrative about students in marginalized communities and include the kind of compensation I knew I deserved.

When I found that an opportunity like that didn’t exist, one that would allow me to feel fully free as a black woman, I created my own. I chose to take the very best of what I learned from the decade I spent teaching and leading in schools and combined it with the good I knew I could do and built my own table. The same table I’m inviting you to now, because once you “see” the dysfunction you’ve normalized, you have a choice to make…

Yes, we each have our “how it started” story, but I’m inviting you into the “how it’s going”.

Let’s Marie Kondo our story together.

When we reflect on our story we have to ask…“Does it bring us joy?”. Those are the parts we keep. The rest we show gratitude for the lessons it taught us and bury that ish.
Then, we put the remaining parts together in the ways we desire. Here’s how my parts came together… 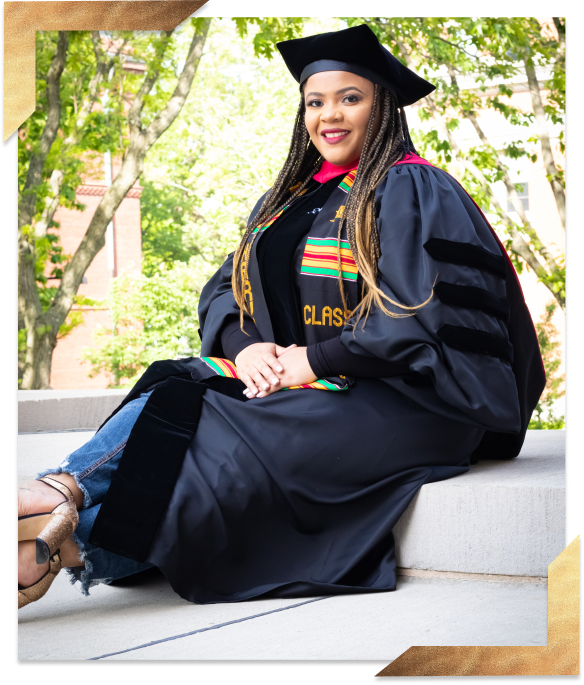 In October 2017, I launched my consulting business, four months after I learned those 300 students would be added to my school the following year.

Two weeks after launching my consulting business I had my first client.

Five months after launching my consulting business, I found out I was accepted to a doctoral program at Harvard.

Seven months after launching my consulting business, I had made enough money to pay off all my credit card debt.

Eight months later, I packed up a Penske truck and moved 13 hours away to start my doctoral program at Harvard with no credit card debt and three months worth of savings.

The first year in my consulting business I made the same salary I would have made as a principal while in school full-time.

The second year in my consulting business, I decided to spend the summer traveling because I didn’t HAVE TO work. I visited Colombia, Egypt, Paris, Israel and South Africa. I was THIRSTY (for freedom that is).

The third year in my consulting business, I knew it was time to step into the purpose and impact of my business. I decided to help other educators experience the sense of freedom that was now my norm but had no idea was possible before starting my business. That was when Get LaunchED Consulting™️ was born.

The fourth year in my business, I hit a goal I had been plotting on. My goal was to hit $33k in monthly revenue. That was my salary for my first year of teaching. I wanted to prove to myself I could make in 30 days what I used to make in a year.

In May of 2021, I graduated with my doctorate in education leadership from Harvard and went full-time in my business. That’s right…they call me Doctor now.

This freedom isn’t a privilege, it’s a right, but it’s one you have to claim for yourself.

Get LaunchED Consulting™ takes my experience, trials, and wins and turns them into a tried and tested roadmap to creating your own six-figure education consulting business. It’s a program created for educators by an educator in a way that takes that next step right along with you!

Remember, you have a choice to make.

I dare you to choose you.

Apply to join Get LaunchED Consulting™️ 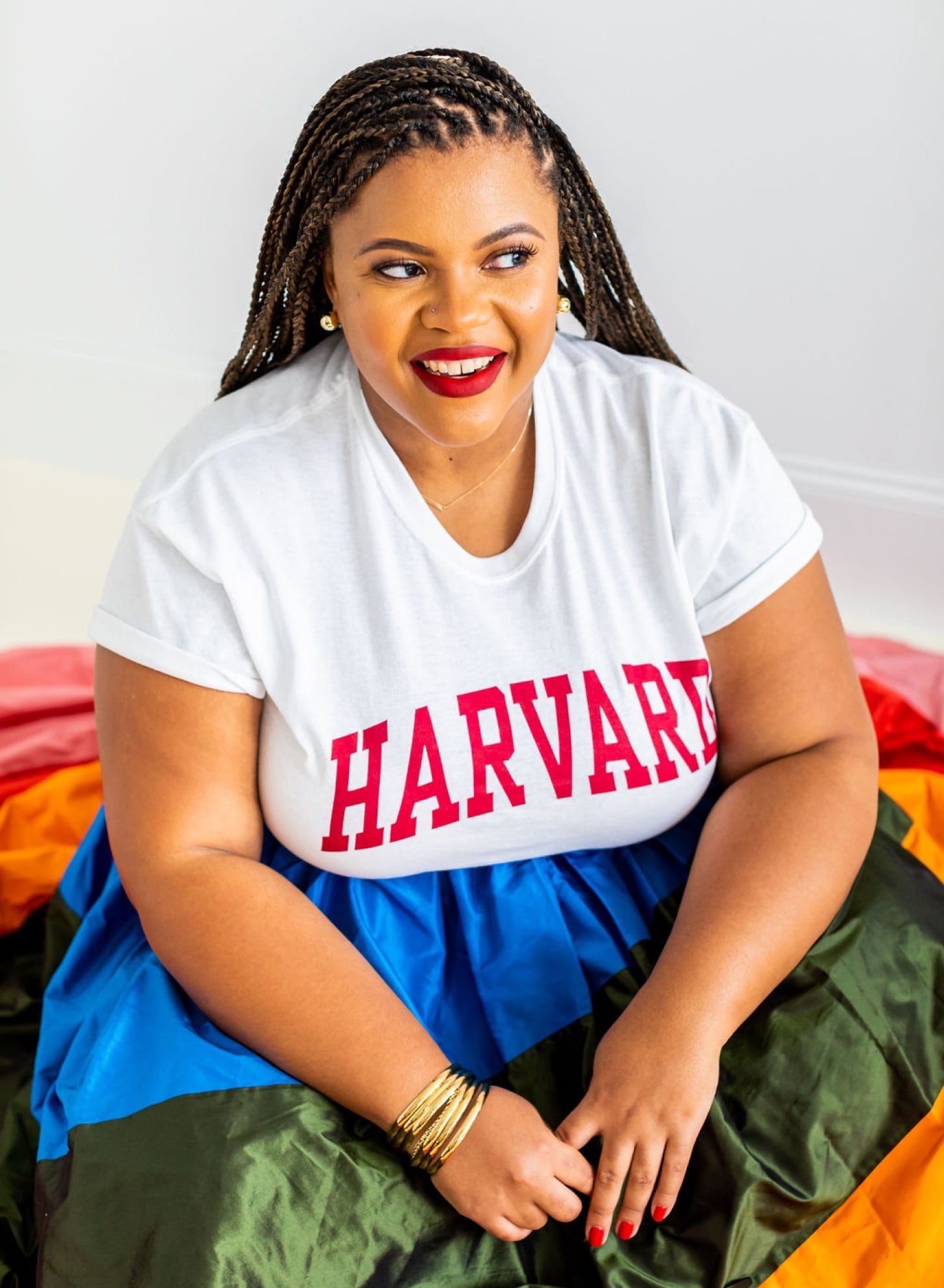